I haven’t been myself lately when it comes to writing which is not only my hobby but also responsible for most of my income.

I was around the blocks of Vienna much and been to almost all places that I like regularly. I’ve have met lots of new friends and girls, had some great experiences and some not so memorable ones as well. But I was out A LOT but writer’s block is a bitch and when you don’t feel the flow then you can’t deliver your best work. That is true for any given profession, I suppose.

Anyway, seeing what Vienna’s sex clubs have in store for us in the next few weeks, I feel the urge to share that with my Sex-Vienna readers.

The only real events in brothels are held by the FKK Saunaclubs, Maxim Wien and the Peepshow Burggasse. That is because those are the places that got the hang of what people want nowadays and have adapted their marketing and retention strategies accordingly. On behalf of all of my readers I hereby say: THANK YOU :)

Bi-weekly Funpalast parties are nothing new for my readers, of course. I have written about them often and also analysed the crap out of them in my head a lot. If you have not yet read my post about it, here it is:

The result of my analysis being that this is still a great value deal, regardless of the crowd and the mess that you have there on a good party day.

The motto of the party is not important because it has no effect on how the night will go down. Girls may or may not adapt their outfits according to the motto but at the end of the day it won’t ever matter much. And the girls are usually real happy once they can get rid of the costumes that they had to wear and can slip into something comfortable that is to their liking. Just for the sake of completeness: “Luft & Liebe” translates “Air & Love” and is as trivial a motto as it gets but who cares, really?!?

What you can expect on this Funpalast party night is: 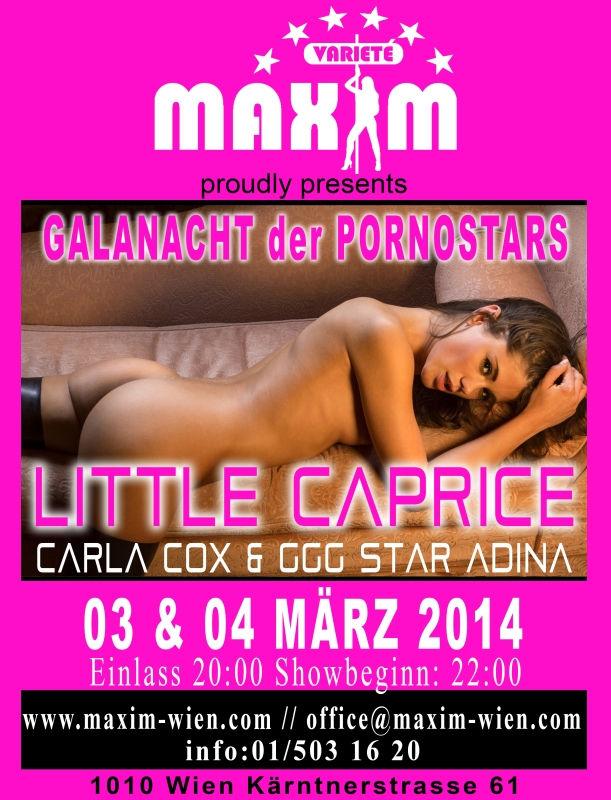 This Nightclub Maxim event could very well turn out to be a super cool night to remember.

Not only is Maxim a really nice place to go to but the parties that they host are usually lots of fun, even if almost always a bit chaotic and improvised (thanks to the Big Boss, or so I have heard)

This is what happened when I met Adina a while ago

This is supposed to be a 2-day event and Maxim’s doors will open at 8pm.

What you can expect from the Maxim Pornoparty:

Overlooking the obvious typo in the event motto this one is really just a place filler in my opinion. Alright, so they will open the garden on that day and maybe or hopefully extend it in a way so that my visits to come in summer will be even more pleasant, but that is really not the biggest of deals.

But let’s just enjoy the fact that on that day there is a reduced entry fee of 60€ – as opposed to the price 90€ they set you back on normal days – and that the Goldentime team will certainly yet again organise almost up to 100 girls and will serve excellent food as they always do on party nights. Exact details of the “Bühnenshow” are yet to come so let’s stay tuned for this one.

What you can expect from the Goldentime Garten Opening:

Really no reason to pick just one of those upcoming events in Vienna. I encourage you to attend all 3 of them. Bear in mind that the Maxim Party is the only one with no entry fee, though.

If you have any questions or want to find out more about the events, then check out the forum thread on Sex-Vienna:
http://forum.sex-vienna.com/Thread-Upcoming-Events-in-Vienna%E2%80%99s-Sex-Clubs